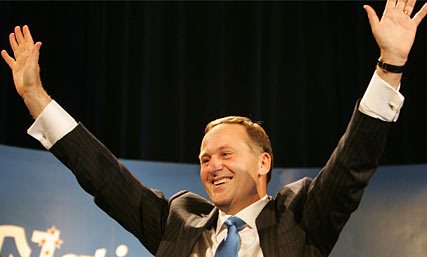 The world is made of magic, and many human behaviours that are difficult to understand become more clear when presented in magical terms. If one applies this esoteric lens to the democratic electoral system, it becomes apparent that elections are really rituals of Greater Black Magic.

The purpose of black magic rituals are to increase the personal power of the practitioner, either by focusing their mind on an objective or by drawing emotional power from onlookers, such as participants or sacrificial victims. In the act of making a sacrifice, a black magician gains power by absorbing the fear of the victim and of any onlookers. The basic logic is that “power goes where attention flows” – namely, the black magic practitioner absorbs the energy of anyone paying attention to them at the time of their working.

This element of sacrifice is evident within the electoral system in that one or the other side must lose and see their enemies take power and control. Either the poor are sacrificed at the altar of greed or the productive are sacrificed at the altar of envy. Both sides naturally fear the outcome of most elections, in particular if they are especially poor or productive, because they stand to lose more than the others. This fear generates power for anyone willing to exploit it, and the political class seldom hesitates when more power is up for grabs.

The fact is that the vast majority of politicians, regardless of whether they exploit the poor or the rich, are black magicians. This is why politics has been so long associated with lying and stealing – black magic thrives on deception, as this leads to confusion which leads to fear, which in turn is the fuel of the energy of the black magician. Many politicians, aware of the reputation that they have, position themselves as rebels who are against the others. Inevitably this is a ruse, as anyone willing to run in a democratic election is fundamentally a power monger, no matter how righteous their self-delusion.

The element of fear-generating confusion can also be seen in the effects of the electoral ritual, which leads to the very strange and very widespread belief that the act of seizing power that inevitably follows an election is justified by the “consent” offered by the participants. This leads as a matter of course to people accepting all manner of abuses carried out by democratic governments, as the people have given their power away by the act of participating in the election.

Make no mistake – the act of voting in a democratic election, or watching an election on television, or considering the winner of an election as a “ruler” or a “leader”, transfers power from you to the political class, about whom you have no guarantee of the correctness of their motives. Power goes where attention flows, and the greater the emotional reaction the political class can generate within you the greater the degree of power they have over you.

This is why every general election has a underlying theme of fear – if the wrong side wins there will be hell to pay, war, societal degeneration, etc. The fear is a necessary component of the ritual, and it is why every politician will seek to create the impression that their opposition will introduce fearful policies.

Elections are black magic rituals that seize some power from anyone foolish enough to vote in one. Are you a victim of black magic?