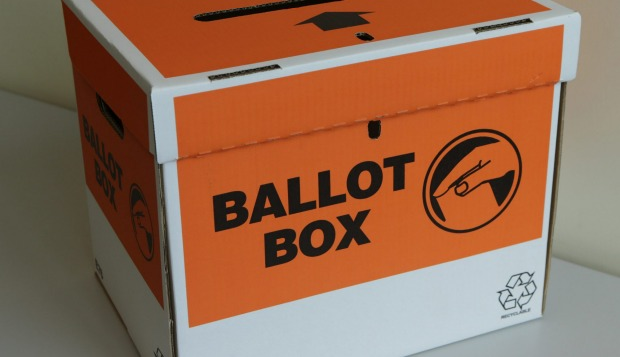 There were local body elections in New Zealand last week. You probably didn’t know because no-one gives a fuck except for the control freaks that are fighting for power. They care so much about the low turnout that some of them want to make it illegal to not vote.

This means that if you choose not to vote you must either pay a fine or the Police will put you in a cage (and kill you if you resist). This seems extremely aggressive to those of us who do not benefit in any way from voting.

Take, for instance, my personal situation with medicinal cannabis. John Key will not change the cannabis laws and Andrew Little believes that cannabis use causes brain damage. So, no matter who I vote for, I will have a Prime Minister who thinks it’s fair for the Police to come and smash my head in and put me in a cage for using a medicinal plant they don’t approve of.

It’s much better to not vote and, by doing so, withdraw my consent to be governed by a political system that conducts a War on Drugs against its own people. Especially when the only people who have a chance of taking power under this system have already promised to continue this war to destroy people like me.

Meanwhile, outside of the ivory tower, paedophiles get lighter sentences from the New Zealand “Justice” System than medicinal cannabis growers.

I’m saying that low voter turnout is a good thing, because it is a sign that the population does not consent to the abuses committed against it by the ruling class.

Is it any wonder we’ve lost faith in a political system that gives lighter sentences to paedophiles than it does medicinal cannabis growers? Why should we continue to vote and give our power to the same political system, and to the same clueless old narcissists that brought this atrocious state of injustice about?

Much better to not vote, and in doing so delegitimise the entire system. This is why the control freaks are ultimately afraid of – a population that does not fall for the illusion heavily enough to give away their power to the control freaks.

Not voting doesn’t just mean not voting – it means having the gumption to solve the social problems that politicians exploit to swindle power before that power is swindled. This means looking after vulnerable members of your community before the control freaks start making laws to ban everything that they have not explicitly given permission for.

It means mowing an old person’s lawn. It means smiling at the crazy guy with the haunted look. It means making a donation of time or money to the RSPCA. It means talking honestly with people you know about what’s really going on in the world.

If we all stopped falling for the lies, we could have a world in which the control freaks would dissipate into the gutter like the filth they are.

The Solution to Low Voter Turnout is to Have Politicians that Aren’t Cheating, Lying Pieces of Shit

One thought on “The Solution to Low Voter Turnout is to Have Politicians that Aren’t Cheating, Lying Pieces of Shit”