Adam Holland is the only one of the 18 Auckland mayoral candidates whose candidacy doesn’t have some kind of gross defect. If the mayoral campaigns were embryos, most of them would be terminated by the mother after the doctor made clear that there was no chance of viable offspring. Holland stands out from this rabble in a number of ways.

The first is that he is the only one interested in using his position as mayor to enrich Auckland, instead of just enriching himself. Holland has promised to “donate every last penny of my salary to various charities as suggested to me by the people of Auckland“. Considering that the salary of the Auckland mayor is NZD250,000+, this represents a considerable sum of money that charities need.

Coupled to this is the likelihood that the mayor would make it fashionable to donate salary money to charity, which is what this ever more unequal society needs. Considering how shallow and trend-conscious Aucklanders are, magnanimity on the order of Holland’s gesture might be worth tens of millions to the various charities of New Zealand.

Many politicians are fanatically devoted to an ideology and are happy to destroy everything in their path in order to force that ideology upon everyone else. Holland is the opposite of this – his suspension of judgment is so strong that he doesn’t know if he is representing Not A Party or Legalise Cannabis Auckland. Perhaps it is both, or even neither.

Holland is the only candidate with genuine philosopher-king credentials. He says “I won’t do a single thing as mayor just as I haven’t done a single thing for the past seven years of my retirement. Decisions shall be left up to the people, not an elected official in a farcical ‘democratic’ ceremony.”

Here Holland is referencing Book VIII of Plato’s Republic, in particular the passage that covers the five forms of government. For those who have not read The Republic, the belief of Plato was that government begins as an aristocracy and degrades over time, passing through the less perfect stages of timocracy, oligarchy, democracy and eventually tyranny.

The astute listener would interpret Holland’s words here as a warning to us about the further deterioration of our society, especially in this age of greed. Once democracy degrades further, it becomes tyranny. It’s possible to read Holland’s words here as a warning against the darker side of human nature, one that has almost surfaced thanks to the short sighted mismanagement of the Key Government.

Auckland is fortunate to have such an extraordinarily educated individual run for mayor. 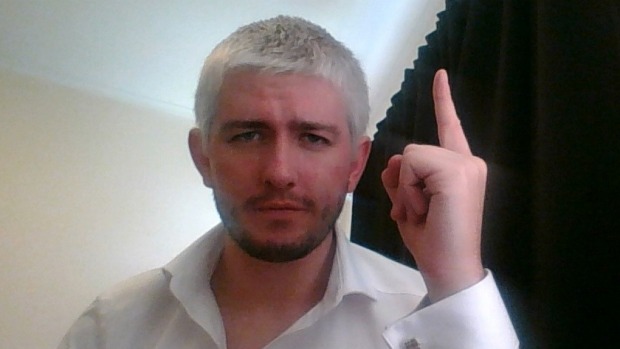 If the above is somehow not convincing enough, consider the state of the field that Holland is running against. Each candidate was offered a free shot of publicity here, and all of them bar Holland disqualified themselves with their responses.

Aileen Austin – probably too old to survive the term as mayor. Also, Auckland would never vote for a hippie – this isn’t Nelson, dear.

Penny Bright – “Crooked” Penny Bright is running for mayor to distract the public from her impending imprisonment for dodging her rates bill. Auckland doesn’t need a mayor that shifts their debts onto the public.

Tricia Cheel – Another old hippie. Will split Aileen Austin’s votes and vice-versa, meaning that a vote for either is a waste.

Victoria Crone – has claimed to “bring 20 years’ experience running major New Zealand companies to the Auckland mayoralty.” What this means is that Auckland will be sold to the Chinese and everyone working in Auckland will be paid $5 per hour.

Phil Goff – no good unless he has Helen Clark telling him what to do.

David Hay – yet another old hippie, Hay is a former Green and thus probably a communist.

Stan Martin – couldn’t get it together enough to supply a photo, clearly not up to being mayor.

Bin Thanh Nguyen – couldn’t get it together enough to supply a photo, clearly not up to being mayor. Almost literally nothing is even known about this guy.

Phil O’Connor – Bible-thumper. Hates women. Vote for this guy and you can kiss goodbye to being allowed to buy alcohol on Sundays in Auckland.

John Palino – American, thus disqualified on the ground that we need a Kiwi to be the mayor of our biggest city.

Tyrone Raumati – couldn’t get it together enough to supply a photo or to respond to social media advances, clearly not up to being mayor.

Chloe Swarbrick – probably the next most sensible choice apart from Holland, wants to use the mayoralty as a platform to reshape the world in her image though and therefore cannot be trusted.

Wayne Young – basically a complete bum who would have been euthanised in a less tolerant society.

Many, many people have been saying that these reasons make Adam John Holland the sensible choice for Auckland mayor on 09 OCT.